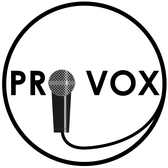 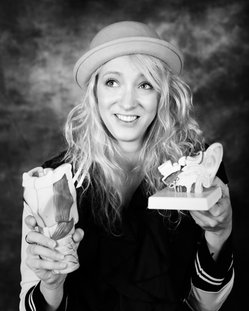 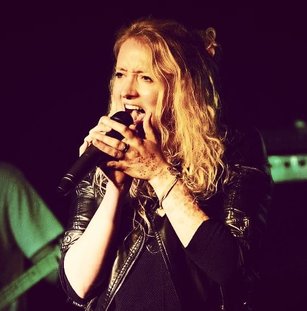 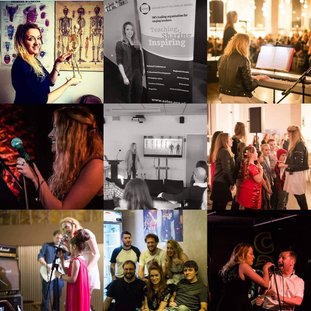 About Carrie
Pro Vox was launched by Carrie Simone Birmingham in 2013 and consists of a team of 4 teachers from the Merseyside area.

Carrie is a hearing-impaired singer/songwriter and vocal specialist from Preston (Lancashire), who moved to Liverpool in 2005. Whilst growing up in Preston she started to train in performing arts from a very young age.

Performing Arts training began firstly through dance studying Ballet and Modern from the age of 3-17. Carrie gained dance qualifications and awards with (BBO), (ISTD) and (RAD) as well as valuable performance experience across the North West. From the age of 7 Carrie was given her first keyboard and flute. This is where Carrie’s dedication and love for music first developed.

At secondary school she developed a strong interest in acting and took part in a variety of school musical productions where she first encountered her natural ability to sing. During the 5 years of developing her vocal skills in the school choir and musical productions, Carrie also began jamming with friends in rock band scenarios. It is here where Carrie first learnt some basic guitar skills and began writing many songs from the age of 14 upwards.

After secondary school Carrie joined Imagine Productions and took roles in musicals such as Annie at the Charter Theatre in Preston. At this time she was studying AVCE double award Performing Arts and A-Level Music Technology at Cardinal Newman College. Carrie was further developing her skills on voice, piano and guitar by teaching herself, whilst continuing songwriting during A-Level study. It is during the college years that Carrie’s passion for singing really developed.

In 2005 Carrie moved to Liverpool spending the first year working whilst songwriting/recording through a youth project. In 2006 she began studying Popular Music & Drama and Theatre Studies at Liverpool Hope University.

Whilst studying in Liverpool Carrie was an active singer/song-writer who spent a lot of time working on new song ideas and recordings. She was also involved in a variety of performances as part of her University course involving singing and acting.

After graduating from University Carrie’s passion for singing had grown ever stronger. During university she received some basic vocal training alongside running a vocal harmony group, and decided her life post-university had to be focused around singing. In July 2009 Carrie decided she wanted to train as a vocal teacher and gain qualifications to help make this possible.

In April 2010 Carrie was ready to take her official teaching diploma with the London College of Music. She received an ‘Upper-Approved’ teaching qualification as a specialist in Popular Vocals Teaching.

Since April 2010 Carrie has entered around 180 students into Popular Vocals and Musical Theatre examinations with the London College of Music and has a 100% pass rate (85% Distinctions).

As well as expanding her teaching experience, she also took on general office roles within the company assisting with the day-to-day running of the studio along with organising events, exam sessions and opportunities for the students.

In April 2011 Director Andrew Stephenson awarded Carrie with Intermediate Singing Teacher status due to her full time teaching position in the company, and on-going research/training into the voice.  The further training and experience enabled Carrie to provide the highest possible training to her students covering a variety of vocal teaching methods.

In September 2013 VoiceAbility announced closure which propelled Carrie to set-up and launch her own private singing studio, Pro Vox Vocal Training, aimed at providing a professional level of vocal training for students of all ages and abilities within CCM genres (Contemporary Commercial Music).

In March 2015 Pro Vox and Carrie attended the Women in Business Awards 2015 at the Marriot Hotel, Liverpool. We were nominated as 'Best New Comer' and 'Young Entrepreneur' of the year to female business. Her on-going training and education in voice science means all staff working at Pro Vox are  working with up to date and relative practices of vocal training suitable to all gender/ages. We promote 'haealthy' singing and have a passion to assist our singers in anyway we possibly can.

Alongside teaching and research, Carrie is also an active performer. She was the lead singer of acoustic rock trio Tres who formed in February 2012 and had been gigging across the North West at a variety of events and venues.  In January  2014 Tres made  it into  the Grand Finals of OpenMicUK! performing at the NEC Birmingham as one  of the final 26 Acts from across the UK. Although they did not win the competition they were awarded an Exposure Award and have since been approached  by A&R Scouts, Artists Development Agencies and Producers to help further their music .

Since 2015 Carrie has been focused largely on songwriting for her alternative rock band Figures, who recorded and released their first singles 'Taking Back My Life'. 'Hate Me' and 'Trapped' in 2016 (available on Spotify/Itunes). FIGURES have been broadcast several times on BBC Introducing in 2015/2016 and filmed with Liverpool Live TV and Bay TV Liverpool.

Since September 2013 Carrie has  been significantly advancing her voice science knowledge and teaching skills by working with experts across the country who are specialists in the world of vocal technique and is now an edorsed teacher of Voice Workshop Ltd.  Carrie completed her Masters in Vocal Pedagogy in 2019 and as of 2020 has now begun PhD study at the School of Music, University of Leeds researching into 'Auditory Processing of the Singing Voice'. In recent years she has also completed certifications in Teaching Young Voices  alongside Advanced Vocal Anatomy for the Voice Professional and CPD Teaching Development with Vocal Process Ltd.

As a member of the Association of Teachers of Singing (AOTOS), in July 2017 Carrie was  elected onto the council as the North Area Presprentative  and looks forward to a minimum 2year position bringing together singing/voice teachers and specialists across the North of England and Scotland, strengthening the community and training opportunities.

Across 2013-2019 she served as a peripatetic singing teacher for a variety of schools and colleges as part of her work with Knowlsey Music and Performing Arts Service and St Helen's  Council Music Service.

Carrie was selected to present  upcoming research (as part of her MA studies in Voice Science) at the UKs very first Voice Geek Conference (in association with VoiceWorkshop Ltd.) which took place in Essex April 2018, and again for April 2019  to present her current findings on the subject matter 'The effects of ear canal occlusion upon the singing voice.' Her research was also selected to be presented at BVA Choice for Voice conference which took place in September 2021, after being delayed for 1 year due to the COVID19 Pandemic. In August 2021 Carrie's current research into the impact of ear canal occlusion was also selected for presentation in the Pan American Vocology Association, online Singing Symposium conference.

In 2018 Carrie bridged her teaching journey over to higher education training and has served 2years as Associate Tutor in Vocal Technique to singers studying Ba(Hons) Musical Theatre at Edge Hill University, as well  as  joining the team of Singing Teachers in the short courses team at the Leeds Conservatoire where she trains further and higher education singers studying Popular Performance, Song Writing and Music Production.

In July 2018 Carrie began as a volunteer at the Royal Liverpool Broadgreen Hospital voice clinic learning a greater depth of knowledge about the 'injured-singer'. As of March 2022 Carrie is now an accredited and approved BAPAM Vocal Rehabilitation Coach.

As of September 2020, Carrie a part-time PhD research student focusing on studies into Auditory Processing of the Singing Voice at the School of Music, University of Leeds, Due for completiong by July 2027.

Bookings are available Mondays to Thursdays and Saturdays with Carrie. Or book a Consultation with Carrie to find out more about how we can help and which teacher would most suit your needs.

Singing Tools: This is a Singing Voice - accredited by Vocal Process under Dr Gillyanne Kayes and Jeremy Fisher.

Regular participation in Vocal Anatomy/Voice Research/Vocal Health workshops every year to keep up to date with the newest research. 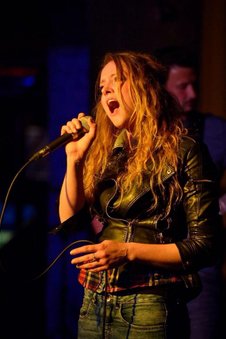 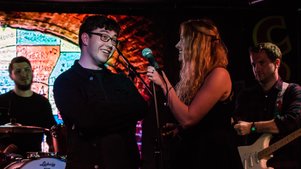 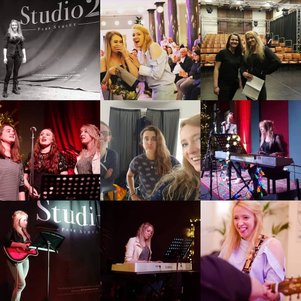 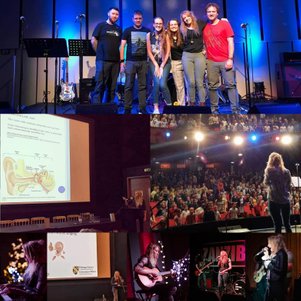 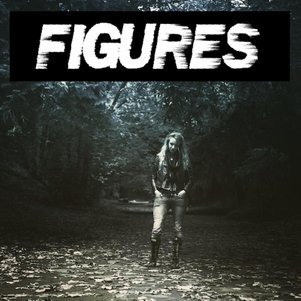